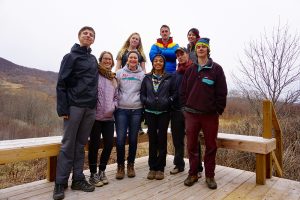 For college students during the exam season, late November and early December can be riddled with stress, anxiety and wary nerves. Many students find that breaking from long hours in the library to spend time outside, for a breath of fresh air and a pause from the stress,  can actually boost effectiveness when they do return to their books.

The Environmental Science majors who came out to volunteer with us this month believed in this strategy. In the midst of stressful finals, ten students went up to our Bird House cabin at Grassy Ridge in the Highlands of Roan for a volunteer workday. Lead by Travis Bordley, our new AmeriCorps Roan Highlands Outreach and Volunteer Member, the group worked to improve Golden-winged Warbler habitat. 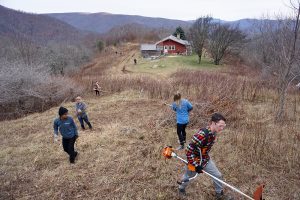 Golden-winged Warblers (GWWA) are a neo-tropical, migratory songbirds that overwinter in Central and South America. In the summer months, these birds return to the highest peaks of the Appalachian Mountains; they particularly enjoy our land at Grassy Ridge. GWWA prefer young shrubby habitat or regenerating forest edges. They also move quickly to mature forest after fledging, so the high elevation open areas of this property – surrounded by hundreds of acres of conserved forest – provide perfect habitat. GWWA have suffered an extreme decline in population over the past half a century. They have one of the smallest populations amongst species not on the endangered species list. We strive to preserve habitat for this and other species in our landscape.

Our ten generous volunteers  worked with weed eaters and clippers to knock back overgrown black berries bushes that surrounded our Bird House cabin, and then collect and pile the cut branches into three large brush piles. Such brush piles provide optimal areas for GWWA to breed and forage. The work was also effective in distracting the volunteers from stressful circumstances. 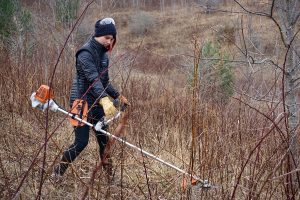 “With everything going on in the world lately, I  really enjoyed being able to volunteer with the Southern Appalachian Highlands Conservancy,” said Iyana Quinn-Cuffie. “A sense of helplessness is a common feeling I get these days. So, having the ability to go out and have such an immediate impact on something like the Golden-winged Warbler and its habitat gave me a deep joy.”

Jay Leutze, President of our Board of Trustees, couldn’t stay out of the fun when he heard about the workday. Jay was deeply moved and impressed by the effective volunteers, stating, “You hear a lot of cynical talk about the “millennial” generation. You can throw all of that out the window when you see a group of young people giving up their weekend to improve habitat for a species some of them had never heard of before the workday.”

Jay spent time around the fire with the group after the work was done, further explaining the importance of conservation, thanking the group for their hard work, and wishing them luck on their impending exams. 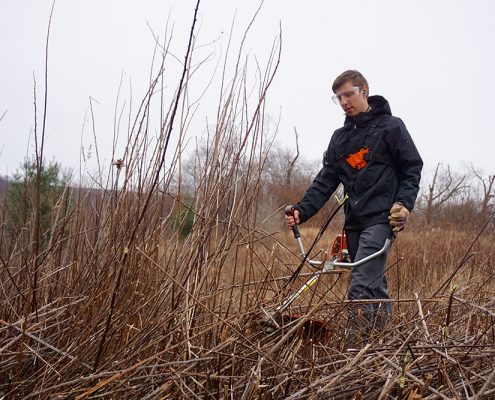 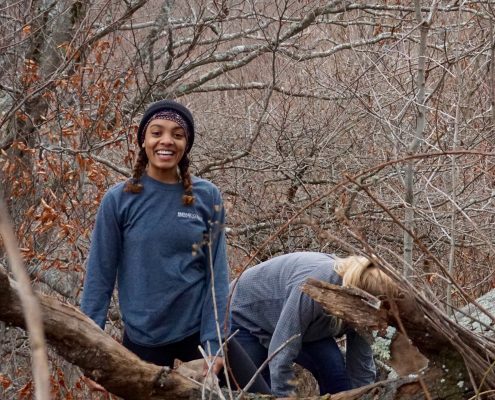 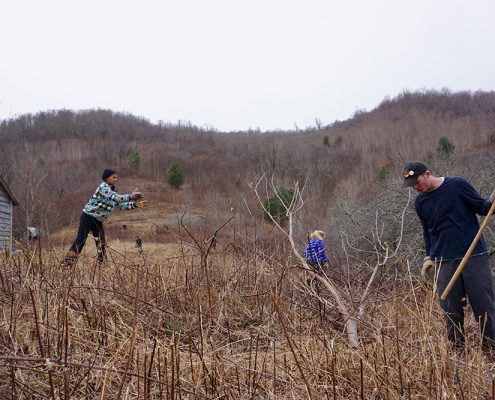 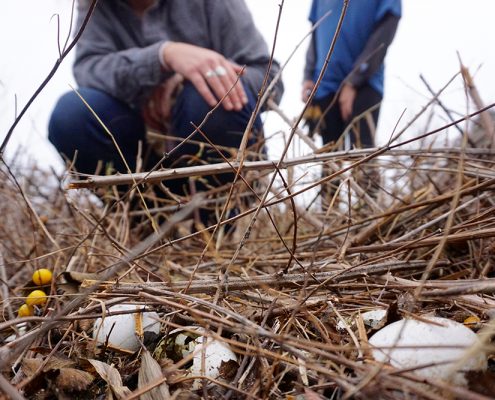 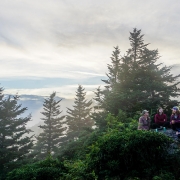 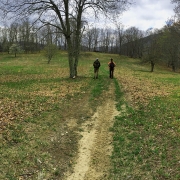 Tales from the Bird House 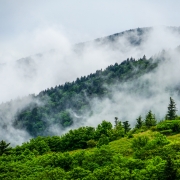 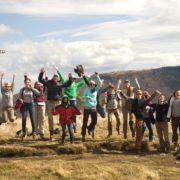 AmeriCorps on Round Bald 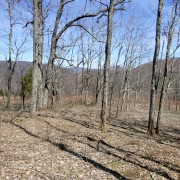 The Roany Boyz - 2013 Volunteers of the Year