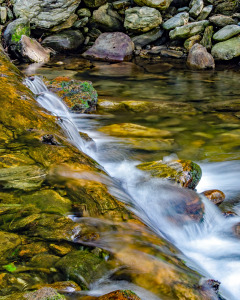 A conservation-minded buyer recently purchased a significant parcel in the upper Cane River watershed of the Black Mountains in order to protect it permanently from development.

Members of the Carolinas Nature Photographers Association donated their time and expertise to capture the stunning conservation values of this 60-acre tract in visual form.

Miranda “Randy” Hunter’s husband Bud was a modest force of nature who worked tirelessly to preserve land and water resources for future generations. Randy knew that the conservation of land was important to Bud, but after his death she learned more about how deep that legacy stretched.

“He was so modest about it, I didn’t even realize some of the things that he had done,” Randy shares. Bud was a member of the Cane River Fishing Club and one of the first people to reach out to SAHC about permanently preserving land owned by the club. In researching SAHC after her husband’s death, Randy learned more about the different projects he’d been involved in — including the completion of a conservation easement on the Cane River.

“Bud was aware of conservation in a way that a lot of people were not,” shares Randy. “He was convinced that easements and conservation were the only way we would have any land left. So much land use is short-sighted, and I think it’s hard to convince people that conservation pays you back in a good way. Being able to protect the land that he loved was very important in Bud’s life. He had a passion for conservation.” 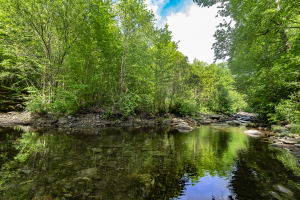 Randy recalls that when Bud joined the fishing club, he would take their sons to enjoy the area whenever he could. “It’s a beautiful place — gorgeous in the fall, full of wildflowers in spring. He wanted places like that protected. I think being out there was a special treat, to be able to fish in that wonderful place and bond together. Both boys are very reverent about the outdoors. I think he set a wonderful example for the children in terms of caring for the land and preserving it.”

Now, one of Bud’s sons has taken his place in the fishing club. “I think it’s neat that the grandchildren have learned to fish up there,” says Randy. “They are carrying on Bud’s legacy.”