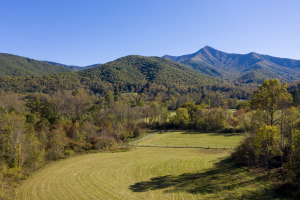 “Since the 2008 recession the state’s trust funds have been woefully underfunded,” according to SAHC board advisor Jay Leutze. “Initially the timeline for acquiring over 1500 acres for the future Pisgah View State Park was up to five years. However, with the passage of the NC state budget in November it looks like that acquisition will be completed sooner rather than later.” The budget included a specific appropriation of funds for acquisition of land for the future Pisgah View State Park.  The budget also included significant increases for the state’s three trust funds for land and water conservation, parks and recreation, and farmland preservation.

“We are grateful to the NC General Assembly and the Governor for supporting this budget, which triples the funding for public land protection in NC,” says Jay.  “It’s not everyday that we see a bi-partisan win of this magnitude in the budget.” Jay says Senator Chuck Edwards took the lead on appropriating funds for Pisgah View in the Senate budget with support across the aisle from Representative Brian Turner and the rest of the mountain delegation.

Southern Appalachian Highlands Conservancy continues to assist our partners in the state in acquiring parcels for inclusion in the state park. SAHC has secured $1 million in matching contributions for the state to purchase land for the park and facilitated the donation of 10 acres of park land by Stagg and Cheryl Newman in 2021. So far, the state has acquired 509 acres out of an estimated 1,600 acres total planned for the park; this includes three tracts from the Cogburn family and the donation of land from the Newmans.

There are a number of structures on the property, and the NC Division of Parks and Recreation will make decisions about the uses of these in the future. This fall, SAHC Conservation Director Hanni Muerdter and SAHC Advisor to the Board Jay Leutze joined state planners and members of the Cogburn family for a site visit.

“Everyone was excited to see momentum building behind the park project,” says Hanni. “As the project progresses, we look forward to the process for stakeholder and community input.”

Jay commended the Cogburn family for their dedication to the creation of the state park. “We have experienced a period of unprecedented economic upheaval that slowed the acquisition process, and we are excited that the state budget includes funds sufficient to complete this initial phase of the project,” says Jay. “The landowners have been patient, and we are so fortunate that they have remained committed to the park concept.”

Currently, there is not a timeline for the park opening.

“Even after the new Pisgah View State Park is open, SAHC looks forward to continuing to be active in helping to acquire tracts for completing the park and meeting the region’s outdoor recreation needs long into the future,” continues Jay.  “For example, Mt. Mitchell State Park is over 100 years old, and SAHC and other partners are still working on procuring land for that park.”

“Additional acquisition planning will take place during the master planning process which will succinctly lay out the future needs of the park for additional land,” says Brian Strong, Deputy Director of Planning and Natural Resources, NC Division of Parks and Recreation. “Any park expansion beyond the initial 1,600 acre acquisition would be accomplished through working with willing landowners. Future park expansion will be based on location of facilities and protecting the unique natural resources of the park.  Timing of acquisition will depend on availability of funds and willing sellers.”

We are thrilled to be part of this exciting process, and grateful to our partners in the NC Division of Parks and Recreation and to all the generous supporters of conservation who are making this future park possible!

Stagg and Cheryl Newman were so excited about the news that the Cogburn family decided to move forward with selling land to the state for the purpose of creating a new state park that they donated 10 acres for inclusion in the future Pisgah View State Park! The Newmans donated the 10-acre tract to SAHC earlier this year, and it has now been transferred to the State of NC for the future park. The Newmans have also included provision in their wills for another 23 acres of their property to be added to the state park as a bequest.

In 1995, Stagg and Cheryl purchased land in the mountains, which was once part of a much larger land area owned by the Cogburn family, and the couple moved to the area in 2000. The Newmans are both passionate endurance riders, who help manage the Biltmore endurance rides which benefit Hope for Horses (Cheryl is the Ride Secretary and Stagg helps with the trails). They are excited to see momentum in the creation of the state park.

Cheryl says, “Those 10 acres in particular are a very lovely tract of land with good diversity of trees that should be preserved, so donating it to become part of state park made sense to us. We envision that it could be part of a park trail system in the future.”

The Newmans have a passion for conservation and for preserving the history and experience of humans living in relationship with the natural world. 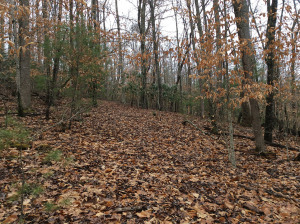 “Conserving our land and forests is so important as we face the problems of biodiversity loss and climate change,” says Stagg. “What SAHC does and what the state is doing in creating public parks is critical for all of us to have viable places to live going forward.”

Cheryl and Stagg recall that over the years the Cogburn family considered many different options for the future of their family land, and the Newmans were delighted when they agreed to sell it to the state for the creation of a new state park.

“We have been tremendous beneficiaries of this land for past 20 years, and enjoyed incredible opportunities hiking and riding here, where you can see all the way to Mt. Mitchell in one direction and Cold Mountain on other side,” continues Stagg. “Although we are not large landowners like the Cogburns, we wanted to be part of making the state park happen, so that future generations will be able to enjoy this as well. It’s important for people to learn – from preschooler up to lifelong learners like ourselves – about the human relationship with the natural world.” 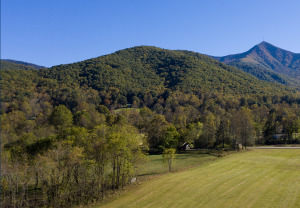 The Newmans are both interested in preserving human as well as natural history, honoring the Cherokee and Native American historic use of land and how the land use has changed over time.

“It’s so provocative, being up there on the mountain and thinking about the people who lived here before, seeing what different lifestyles and beliefs the mountain inspired,” Cheryl adds.

“One of our hopes for the state park is that it will be not only a center for recreational activity but also for educational activity,” says Stagg. “With so many people growing up in urban environments, we need to have understanding of how we fit into the natural world. The Cogburn property slated to become the state park is just a wonderful place to connect people with nature – with a great waterfall, wildflowers, etc. It’s beautiful in all seasons.”