We are grateful for the foresight of conservation-minded individuals, the generosity of our members and philanthropic leaders, and the dedication of a landowner to continue his family legacy, which enabled SAHC to acquire 128 more acres in Avery County in the Highlands of Roan. These two tracts — 87 acres on Elk River and 46 acres on Little Horse Creek — contain important water resources and habitat for wildlife. 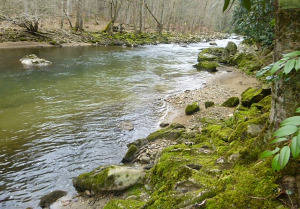 “Elk River Falls, also known as Big Falls, is a spectacular 50 ft. high waterfall in Pisgah National Forest that draws visitors for its dramatic cascade and clear water,” says Land Protection Director Michelle Pugliese. “In addition to preserving the rich biodiversity of this beautiful forested tract, this project was an exciting opportunity to protect the water that feeds Elk Falls.”

Almost a half mile of the Elk River flows along the edge of the preserve, and the tract contains the point at which Cranberry Creek flows into the Elk River. Both watercourses are classified as Trout Waters by the NC Division of Water Resources.

“This property on the Elk River is an excellent example of an undisturbed high elevation Southern Appalachian riparian forest,” says Stewart Skeate, professor emeritus of Lees-Mcrae College, who once used a portion of Don Zobel’s land as an outdoor classroom. “In addition to riparian species such as Eastern Sycamore, Ironwood, and Eastern Hemlock, the property is a mix of northern hardwood and mixed oak forest communities.  At present, 28 species of trees have been identified on the property, making it an especially diverse community. The property has a mosaic of plant communities where some areas of the forest have a dense understory of Rosebay Rhododendron, while other areas have an open understory. These open understory areas have a rich, diverse layer of herbaceous plants that produce a spectacular flowering display in the spring months.  There are also a number of wet, seep areas that are especially interesting botanically as well as for the presence of salamanders.  The high plant diversity and vegetation stratification has also resulted in a high diversity of breeding birds, including many species of neo-tropical migrants such as Black-throated Blue Warblers, Black-throated Green Warblers, Hooded Warblers, Blue-headed Vireos, Rose-breasted Grosbeaks, and Scarlet Tanagers.”

“As there has been a high degree of development along the Elk River in Avery County, the amount of undisturbed riparian forest has decreased dramatically,” continues Skeate. “Thus, it is vital that we protect the remaining intact forest tracts to maintain the ecological health of the Elk River and its bordering forests.” 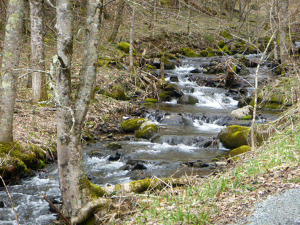 Landowner Don Zobel donated the 46-acre tract at Little Horse Creek to SAHC. It is loosely surrounded by national forest land and other SAHC conservation easements and preserves, including the 151-acre Belview Mountain tract that his sisters Julie Zobel and Kathy Ball sold to SAHC last year. The property contains over 600 ft. of Little Horse Creek, a tributary of the North Toe River classified as Wild Trout Waters by the NC Wildlife Resources Commission.

Thank you to the landowner and our very generous conservation supporters for adding these two preserves in the Highlands of Roan to the land that Southern Appalachian Highlands Conservancy has permanently protected in this ecologically significant region!

Landowner Don Zobel worked with Southern Appalachian Highlands Conservancy to permanently protect the land at Elk River and Little Horse Creek as a memorial and tribute to his parents, Bruce and Barbara Zobel. 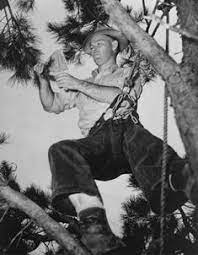 Bruce John Zobel (1920-2011) served as the E.F. Conger Distinguished Professor of Forestry at North Carolina State University and was a pioneer in the field of forest genetics.

Bruce grew up on a farm along the central coast of California. During high school, he met Barbara Lemon (1921-2015), and they were married in 1941. Both attended University of California at Berkeley. Bruce graduated with a degree in Forestry in 1943 and entered the US Marine Corps in 1944. While stationed at Camp Lejeune, NC, with the family, Bruce was appointed Forestry Officer. He learned about southern forestry, an experience that eventually set the course of his career.

After discharge from the military, Bruce returned to Berkeley for Masters and PhD degrees in Forestry, specializing in the new field of forest genetics. In 1957, he joined NC State University and led the cooperative research program with the forestry industry, aimed at developing trees for southern forests that would grow faster and produce wood of higher quality than available at the time. He mentored many graduate students from all over the world and taught a class about forest genetics. 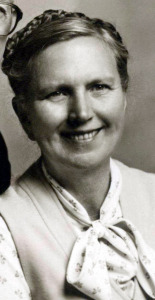 In 1979, Bruce retired as director of the research cooperative, but continued to teach part-time for about 25 years. He also brought his expertise to many parts of the world as a consultant. Barbara often joined in his worldwide travels, assisting in his work in forest genetics. During 1984-1998 Bruce wrote 6 books about forest genetics and international forestry. He received many honors from his profession, university, and foreign institutions.

Bruce and Barbara had purchased land in the mountains of Avery Co. NC, and Bruce loved to work improving his forests, planning the house that was built for the family, and fishing the Elk River. Their children — Don, Kathy, Lois, and Julie — carry forward their legacy of forestry and conservation.