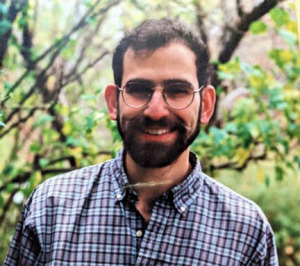 A quiet, studious man intent on making a positive impact on the world, Bill Popper contacted Southern Appalachian Highlands Conservancy in the early 2000s about permanently protecting his cherished land in Yancey County. Diagnosed with lymphoma, Bill wanted to ensure that the land he loved would be protected in the future. His passion for nature, and for doing good for people and the planet, are enshrined in the Prices Creek Preserve — his conservation legacy.

“Bill told me his love of nature began when he was a child,” recalls Dr. Marcia E. Herman-Giddens. “From the moment we knew him, he loved nature and wanted to preserve the environment. He was an intelligent, gentle person who loved hiking and loved the land.” 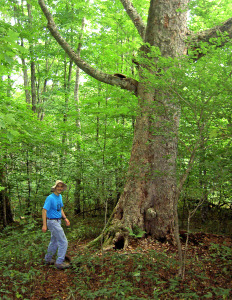 Surmounting hardships from a traumatic childhood, Bill sought solace in the natural world and lived conscientiously to lighten his footprint on the planet. Marcia recalls that Bill was a lifelong vegetarian who preferred to bike whenever he could. Meeting through a mutual friend, Marcia’s family informally adopted Bill when he was 18, and he became a beloved son and brother to them.

“He had a very gentle personality,” remembers Marcia, “He didn’t want people to be hurt. He wanted peace and goodness and kindness for everyone. Bill loved folk dancing and spent time in Asheville, and he fell in love with the land there.”

Using an inheritance from a relative, Bill purchased a home in Burnsville and began buying adjoining, undeveloped properties with the intent of preserving the land. He particularly loved the variety of plants found there.

“He hired a botanist to do a plant survey,” says Marcia, “He wanted to know what plants grew on the land, and to make sure that anything rare or special was preserved. He loved the wildflowers, the streams —all of it.”

In 2005, Bill completed a ‘bargain sale’ with SAHC, partially donating the value of his 573-acre property on Prices Creek. SAHC owns the land as a preserve, and will continue to protect and manage it for posterity. 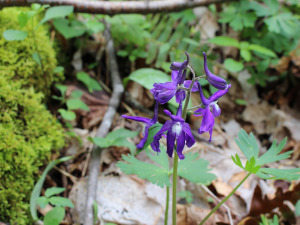 “He took great satisfaction and comfort in contributing to the preservation of this special place,” says Marcia. “Bill was diagnosed and lived with lymphoma for 10 years. It  was important for him to get the land conserved while he could, and doing so before he passed away meant so much to him.”

Each year, we host a guided Bill Popper Memorial Hike (usually in the Spring), so that people can experience and enjoy the land that Bill loved so much.

When asked what Bill would want to say on these hikes, Marcia shared, “I think he would point out, first, the importance of protecting large tracts of land for the good of the earth and people, and, second, he would emphasize diversity, pointing to the many different species of trees, wildflowers, and other plants. He would marvel over them.” 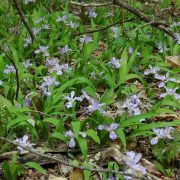 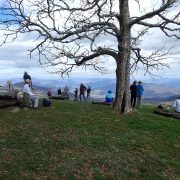 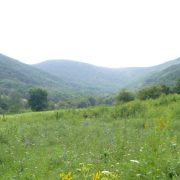