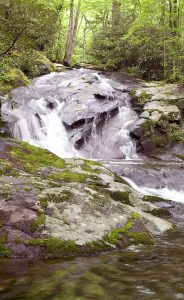 Jay Leutze, Board President of the Southern Appalachian Highlands Conservancy and a spokesman for the LWCF Coalition, today reacted to the President’s infrastructure proposals outlined in the State of the Union address to Congress.

“America’s infrastructure encompasses more than just our roads, bridges, harbors and airports. Our national parks, public lands and protected greenspace are an equally important part of our nation’s critical infrastructure, and must not be overlooked as the Congress considers making substantial investments in transportation and public works projects. 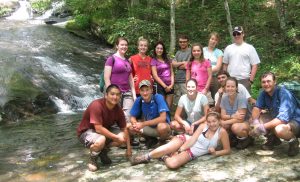 “Access to our public lands is critical to the recreation economy. The Land and Water Conservation Fund (LWCF) is the premier program established to provide access to all Americans, no matter where they live or play. Investing in our public land infrastructure through LWCF supports parks, water and wildlife and must be part the solution.

“Without urgently needed conservation and public access investments, our parks and public lands simply cannot serve the countless communities and businesses that depend on them for recreation, economic growth, and the American way of life. Accessible to all, our public lands serve as the outdoor recreation infrastructure we rely upon in a broad spectrum of ways – from the neighborhood ball fields, bike paths, and dog parks we visit daily, to nearby hiking trails, beaches, boat ramps, and duck blinds we escape to on weekends. In my part of the country, the Pisgah National Forest and the Appalachian Trail are as important to our economy as Penn Station is to New York City. 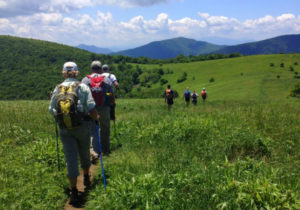 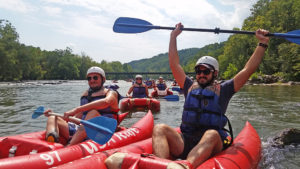 “The principal means to support and grow our natural infrastructure is through the LWCF, America’s most important conservation and recreation program. LWCF has a more than 50-year track record of success, uses no taxpayer funds and has enjoyed bipartisan support from Congress and successive Presidents since it was established

“We urge the Congress, as it considers the President’s infrastructure proposal, to fully fund the Land and Water Conservation Fund at its authorized level of $900 million, which will direct critical resources to strengthen our parks and public lands.”

About the Land and Water Conservation Fund

The Land and Water Conservation Fund is America’s most important conservation program, responsible for protecting parks, trails, wildlife refuges and recreation areas at the federal, state and local level. For 50 years, it has provided critical funding for land and water conservation projects, access to recreation including hunting and fishing, and the continued historic preservation of our nation’s iconic landmarks from coast-to-coast.

LWCF does not use any taxpayer dollars – it is funded using a small portion of revenues from offshore oil and gas royalty payments. Outdoor recreation, conservation and historic preservation activities contribute more than a trillion dollars annually to the U.S. economy, supporting 9.4 million jobs.

About the LWCF Coalition

The LWCF Coalition is comprised of more than 1,000 state and regional conservation and recreation organizations of all sizes, land owners, small businesses, ranchers, sportsmen, veterans, the outdoor recreation industry and conservationists working together to protect America’s public lands and safeguard our shared outdoor heritage for future generations.

The Coalition is united in its advocacy for the permanent reauthorization and full funding of the Land and Water Conservation Fund, which will ensure the continued conservation of our national parks, forests, wildlife refuges, wilderness, civil war battlefields, working lands and state and local parks. For more information on LWCF and the places in each state that LWCF funds have protected, visit www.lwcfcoalition.org.