SAHC founder Stan Murray was inducted into the Appalachian Trail Hall of Fame last year, and retired Roan Stewardship Director Judy Murray traveled to Boiling Springs, PA (the “Half-way” point on the AT) to accept the award in his behalf.

Stanley A. Murray, along with Benton McKaye and Myron Avery, was one of the most important individuals in the early history of the Appalachian Trail.

When construction of the Appalachian Trail was first “completed” in 1937, it was about 45% on private property, and Myron Avery, while proclaiming the trail “finished,” stated that it would never be really finished until it received Federal protection. Decades later, Stanley A. Murray worked to accomplish just that.  He wrote a draft bill and lobbied Congress, playing a major role in getting the National Trails System Act passed in 1968. Murray served as Chairman of the Appalachian Trail Conference (ATC) for 14 years.

He envisioned more than just a narrow footpath for the AT, and advocated the “greenway” concept to protect a wider corridor around the Trail. Murray was especially concerned with how to preserve Roan Mountain and the balds in the Highlands of Roan on the NC/TN state line, and personally focused much of his energy on that area of the AT.  His work on the Tennessee Eastman Hiking Club’s relocation of the AT over Roan and the formation of the ATC’s Roan Mountain Preservation Committee in 1966 led to the 1974 incorporation of SAHC with the goal of protecting thousands of acres along the Roan Mountain Massif from development. Murray served as President of SAHC for 11 years and was the first Executive Director. He passed away in 1990 at the age of 67.

“To have this prestigious honor conferred on our organization’s founder is indeed thrilling,” said Executive Director Carl Silverstein. “We are proud to continue his legacy of land protection in this unique, treasured landscape, and are gratified that the importance of Stan’s work has been recognized nationally.” 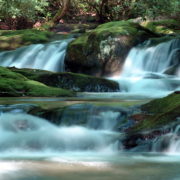 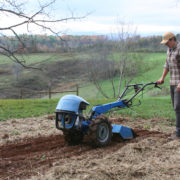 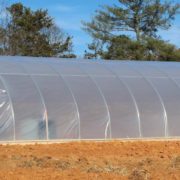 Feral Hogs in the Roan — Update
Scroll to top