Over the past few years, the terms ‘local food’ and ‘farm to table’ have gained greater and greater prominence in our daily conversations. What you may not hear as frequently, however, are some of the underlying concerns for farmland conservation – namely, that local food production requires both local farmland and successful farmers, and that not all farmland is created equal. These concerns are an integral part of the story behind two recent farmland conservation projects completed by the Southern Appalachian Highlands Conservancy (SAHC).

SAHC Farmland Program Director William Hamilton explains, “Only 2% of the land mass in Western North Carolina consists of nationally recognized prime soils.  In most places, this land is also the most threatened by development, and a good bit of it has already seen a change in land use. As a land trust working in the Southern Appalachian mountains, we recognize that preserving rich bottomland must be a high priority.  It is vital that we preserve this natural resource to secure our food supply into the future.”

Watalula Farm – 52 acres
Landowner Will Jeffers purchased the farm in 2011 from the previous landowner, who had grown up in the area and  shared his desire to keep the land available for farming. An insightful young professional and graduate of Warren Wilson College, Jeffers learned that the property had come up for sale from his friends and neighboring farmers Anne and Aaron Grier of Gaining Ground Farm.

“After living in Asheville for a number of years and feeling helpless as countless farms were developed, we always dreamed of viable ways to preserve land for agricultural use,” says Jeffers. “Thanks to an open dialogue between the seller, SAHC and neighboring farmers this dream became a reality with the preservation of Watalula Farm.  We hope the story of this farm’s placement into conservation can be an example for future efforts.”

“We can produce a lot more and do better crop rotation by leasing and using the Watalula land in addition to the land we already lease as Gaining Ground Farm,” said Anne Grier. “It has been especially helpful in improving our ability to sell to local restaurants. And, with the new conservation easement on the Watalula Farm land, we have a sense of security that the land will stay available for us and for others to use for farming now and in the future.”

According to Hamilton,”This farm has been a constant agricultural contributor for the last one hundred years.  It has and is continuing to provide local jobs for the community. As needed, it has evolved to survive the changing economics of agriculture, and the new farmers will continue to seek economic viability through direct marketing of produce and meat to the local market.”

“This is a great farmland preservation project,” says Hamilton. “The farm has all the right components: valuable soils, a great water supply, and beautiful scenery, all located within 10 miles of downtown Asheville. There was a significant threat of development, and we are proud to be able to preserve this innovative, highly productive, sustainable, and forward-thinking family farm for the future.”

This 36-acre tract is a portion of 330 acres of family farm owned by Bill & Mabel Duckett, of which 260 acres have already been protected under conservation easement with SAHC. The Duckett farm is a 4th generation family farm operation located in the remote Big Sandy Mush area of Buncombe County.

“Bill’s 36 acres is situated right in the middle of the Sandy Mush Valley,” says Hamilton. “This parcel is especially good because 26 of the 36 acres are recognized nationally as prime soils.  Prime soils take thousands of years to form, and usually consist of a balanced combination of sand, silt, and clay.  They can be cultivated year after year and never suffer from erosion if managed well. “

Presently, the bottomland tract is used for hay and for winter grazing land for cattle; it was used for row crops in the past. Duckett practices a historic tradition of wintering cattle on bottomland in Sandy Mush valley and driving them up to summer grazing at higher elevations, including his land at Chestnut Gap, which is also protected by conservation easement with SAHC. The pastures connect to a remarkable network of protected lands in the Sandy Mush valley and the Newfound Mountains.  While the cattle are at summer pasture, the newly protected conservation easement area is planted with hay, an erosion-minimizing practice encouraged by the farm’s Buncombe County Soil and Water conservation plan.

Remarking on the recently completed conservation easement, Bill Duckett said, “I’d like to see the land stay in farm use and not be developed, and that’s what my boys wanted, too. It’s good for the area to have more open land. This program works well for someone at my age. I can’t farm like I used to, and it can serve to help me retire. That’s something all farm families have to face, eventually – a way to change over to the next generation.”

Duckett’s children are interested in continuing the farming tradition of the land, although they do not have plans to take over farming as a full-time operation. Placing the land under conservation easement is a way for the current generation to continue the traditions of the past and ensure that the farm’s rich, agriculturally important soils will not be lost in the future.

“Most farms are passed down — they didn’t happen in one generation,” continues Duckett. “It takes more than one generation to put a farm together. It’s more a way of life than just property, not something you want to sell and see disappear. I’d also like farmers to be aware of the farmland preservation program – and the fact that there is funding available to preserve farms through the Farm Bill. It’s not something that you’ll be forced into, but it’s nice to know that it is available.”

SAHC successfully applied for Federal Farm and Ranch Lands Protection Program (FRPP) funds to protect the prime agricultural soils on both these tracts. We also secured funding and support for the projects from partners at the local, state, and national level, including Buncombe County, the Conservation Trust for North Carolina – Farmland Forever Fund, North Carolina Agricultural Development and Farmland Preservation Trust, and the US Department of Agriculture – Natural Resources Conservation Service. The landowners also made generous contributions to make completion of the projects possible.

“These are both incredible successes for local farmland preservation efforts,” sums up Hamilton. “The high occurrence of prime soils and the continued use and expansion of agricultural operations on these tracts made them priorities for conservation. We are grateful to the landowners for working to preserve their lands, and to our partners for providing critical funding for these projects.”

If other farm landowners  are interested in working with SAHC to preserve their land for agricultural use, we would be happy to help with the process. Contact William Hamilton at 828.253.0095 ext. 211 or william@appalachian.org for more information. 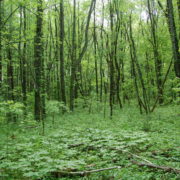 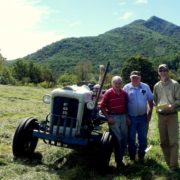 Grazing on Top of the World 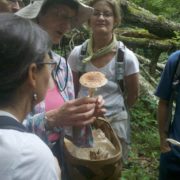 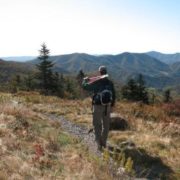